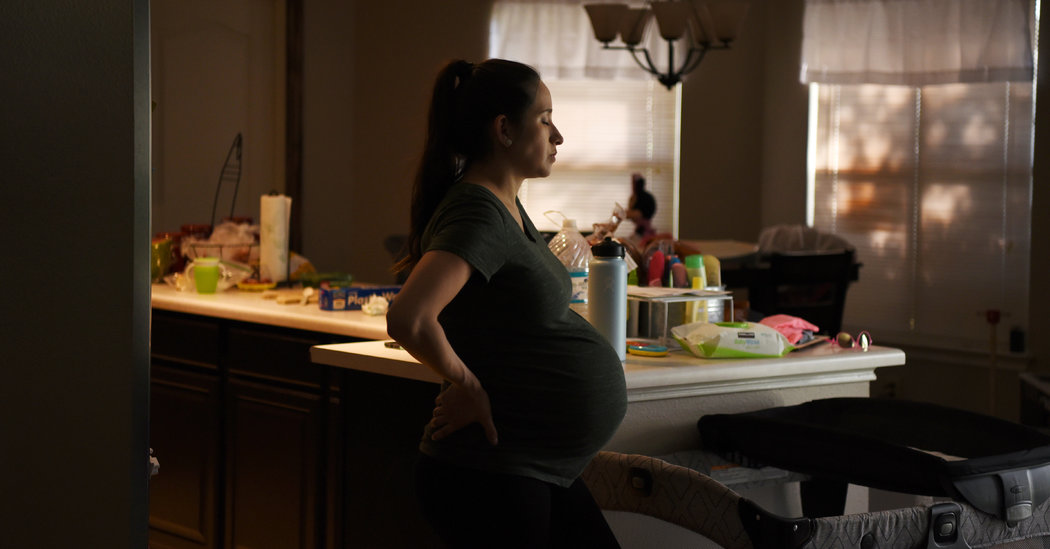 At the end of April, Denise J. Jamieson, M.D., a member of the Covid-19 task force at the American College of Obstetricians and Gynecologists and chairwoman of gynecology and obstetrics at the Emory University School of Medicine, noted in an email that it was “remarkable” how much we still do not know about Covid-19 in pregnancy.

“Even basic questions, such as whether or not pregnant women are more severely affected by Covid-19, remain unanswered,” she said at the time.

Last month the Centers for Disease Control and Prevention released their first report on pregnant women with Covid-19, which suggested they might be at higher risk for severe illness. While the study had a large sample size, more than 8,000 women, it raised more questions than it answered and the results were difficult to interpret.

With so many new details about the novel coronavirus emerging and states wobbling toward reopening, why do we still know so little about how the virus affects pregnant women and their babies?

One of the reasons is that, when it comes to patients who test positive for Covid-19, federal public health researchers rely on a patchwork of reports on individual patients that are submitted voluntarily by various jurisdictions.

“This is where the U.S. falls short,” said Heather Huddleston, M.D., a reproductive endocrinologist at the University of California, San Francisco, who blamed the country’s lack of a nationalized health care system, which could offer a uniform way of tracking people.

Sascha Ellington, Ph.D., the lead author of the C.D.C. study, wrote in an email on Wednesday that the data was reported by regional health departments using a standard case report form for people infected with the coronavirus that includes a space to note pregnancy status, or through the agency’s National Notifiable Diseases Surveillance System. The C.D.C. also offers health departments an optional, supplemental form that collects data on pregnant patients and their newborns.

But, as the latest C.D.C. report illustrates, clinicians don’t always have time to fill out detailed forms while also caring for patients in the middle of a pandemic.

“We were on fire taking care of pregnant patients or patients across the institution who were really, really sick,” said Allison Bryant, M.D., a maternal-fetal medicine specialist at Massachusetts General Hospital in Boston and a member of the American College of Obstetricians and Gynecologists’ working group on Covid-19 and pregnancy. In these conditions, the case reporting, while important, becomes less of a priority, she added.

The C.D.C.’s most recent data on pregnancy and Covid-19, which includes the full month of June, showed 10,537 pregnant women tested positive for Covid-19. But only about a quarter of the case reports noted whether those women went to the intensive care unit, or had mechanical ventilation.

This week ProPublica highlighted the “agonizing lag” in coronavirus research in the United States, noting that data collection in Britain was aided by the U.K. Obstetric Surveillance System, which quickly allowed the country to collect data on Covid-19-infected pregnant women at 194 obstetric hospitals.

Dr. Ellington said the C.D.C. is expanding a separate data collection system that gathers information on pregnant women and their children through the first three years of life to include surveillance for Covid-19 in pregnancy.

Doctors at the Universities of California, Los Angeles and San Francisco, saw the urgent need for better information months ago.

“A lot of our recommendations are not built on solid data,” said Yalda Afshar, M.D., Ph.D., a maternal-fetal medicine specialist at the Ronald Reagan U.C.L.A. Medical Center, referring to the limited data on pregnant women and babies that is guiding policymakers.

In March, U.C.S.F. and U.C.L.A. set up a nationwide registry of pregnant or postpartum women with suspected or confirmed Covid-19 that does not rely on overworked clinicians gathering data. Instead, the participants fill out questionnaires and are asked to release their medical records and, in some cases, bio specimens, like breast milk, blood, placenta and amniotic fluid.

“Unlike the data from the C.D.C., pregnancy is the primary inclusion criteria,” said Dr. Afshar, who is a co-principal investigator of the U.C.S.F. and U.C.L.A. study.

Women can register for the study themselves, regardless of where they are getting care, rather than relying on a clinician referral, she added. So far, more than 950 women have enrolled from across the country, and about 60 percent of them have Covid-19.

U.C.S.F. has also started another large, national study for pregnant women in their first trimester called ASPIRE that will follow about 10,000 women and their babies from the start of pregnancy through delivery and up to 18 months postpartum.

This data is vital given that there are gaping holes in the health information used by the C.D.C.

“It’s really hard scientifically to know what that means unless you have an appropriate control group,” Dr. Huddleston, one of the principal investigators of the ASPIRE study, said. In other words, researchers also need a control group of pregnant women who are not infected.

Despite the caveats of the C.D.C. study, it remains a “signal” that pregnant women could be more susceptible to severe Covid-19 symptoms, Dr. Bryant said, adding, “it’s not super surprising given what we know about other respiratory illnesses like flu.”

Researchers in other countries have found similar signals, and, much like the C.D.C., their work contradicts previous reports that suggested pregnant women infected by the coronavirus have the same risk of severe complications as the general population.

Data gathered from the U.K. Obstetric Surveillance System showed in May that 10 percent of 427 pregnant women with the coronavirus admitted to hospitals between March 1 and April 14 needed respiratory support. Three of them died from complications of Covid-19.

Dr. Afshar said this is more evidence that race is “a big issue” that needs to be examined. “And more than that,” she added, “we need to do something about it.”

Continued social distancing can be fatiguing, but experts agree it’s still critically important for pregnant women to remain vigilant about staying at least six feet away from others, wearing face coverings and washing their hands regularly — especially as states reopen.