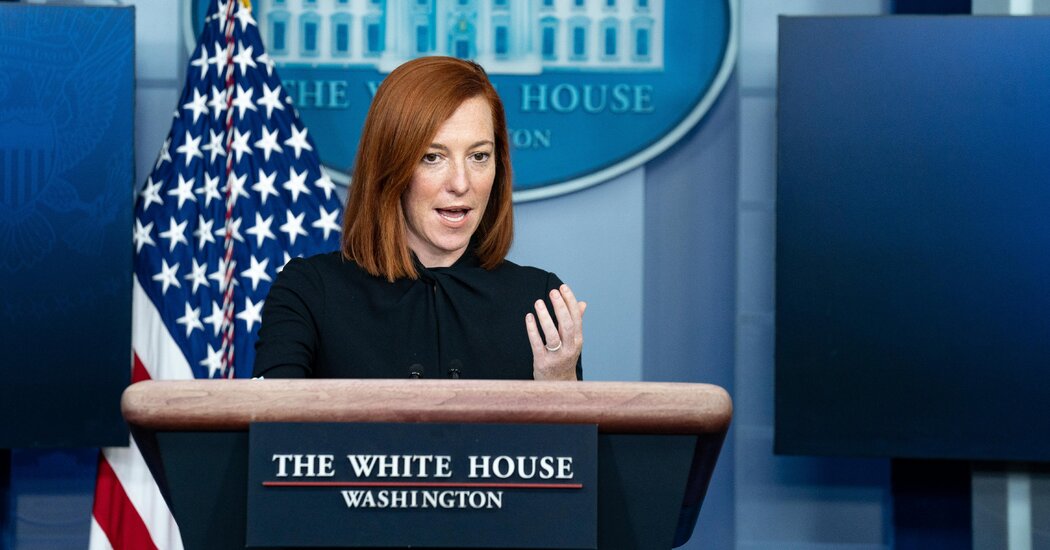 The White House has ordered the Office of the Director of National Intelligence to work with the F.B.I. and the Department Homeland Security to conduct a comprehensive assessment of the threat from domestic violent extremism.

The new tasking for the intelligence community comes only days after Avril D. Haines, President Biden’s nominee for director, pledged to members of Congress that she would do just such an assessment.

Jen Psaki, the White House press secretary, announced the tasking at her regular briefing, the second request to Ms. Haines in as many days. On Thursday, the White House ordered a new intelligence look at Russia and the broad hack of government computers.

This intelligence assessment, looking at domestic extremism, is less of an area of expertise for the intelligence agencies, but shows the Biden administration’s focus on homegrown threats.

“This assessment will draw on the analysis from across the government and as appropriate nongovernmental organizations,” Ms. Psaki said. “The key point here is that we want fact-based analysis upon which we can shape policy.”

The tasking is tricky for the intelligence agencies, which by law cannot collect information on Americans, and must work with the F.B.I. and the Department Homeland Security.

But senior intelligence officials have said privately just as the F.B.I. and C.I.A. began to work more closely on the threat of global terrorism after the Sept. 11 terror attacks, there is more the intelligence agencies can do to improve cooperation and information sharing with domestic law enforcement agencies.

With domestic violent groups, the main focus of the intelligence agencies is to monitor the efforts foreign powers, including Russia and others, to push the groups to more extremist positions.

While traditional intelligence teams focused on Russia have tracked Moscow’s work in recent years, the C.I.A. also has officers in its counterterrorism mission center who specialize in tracking racially-motivated violent extremists overseas.