White House embraces a declaration from scientists that opposes lockdowns and relies on ‘herd immunity.’ 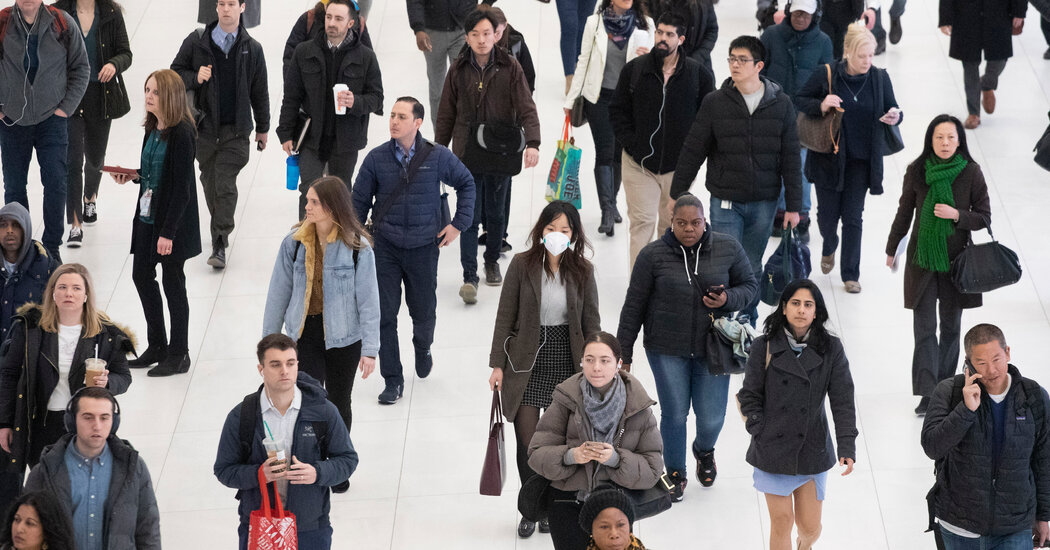 The White House has embraced a declaration by a group of scientists arguing that authorities should allow the coronavirus to spread among young healthy people while protecting the elderly and the vulnerable — an approach that would rely on arriving at “herd immunity” through infections rather than a vaccine.

Many experts say “herd immunity” — the point at which a disease stops spreading because nearly everyone in a population has contracted it — is still very far-off. Leading experts have concluded, using different scientific methods, that about 85 to 90 percent of the American population is still susceptible to the coronavirus.

On a call convened Monday by the White House, two senior administration officials, both speaking anonymously because they were not authorized to give their names, cited an October 4 petition titled The Great Barrington Declaration, which argues against lockdowns and calls for a reopening of businesses and schools.

“Current lockdown policies are producing devastating effects on short and long-term public health,” the declaration states, adding, “The most compassionate approach that balances the risks and benefits of reaching herd immunity, is to allow those who are at minimal risk of death to live their lives normally to build up immunity to the virus through natural infection, while better protecting those who are at highest risk. We call this Focused Protection.”

The declaration has more than 9,000 signatories from all over the world, its website says, though most of the names are not public. The document grew out of a meeting hosted by the American Institute for Economic Research, a libertarian-leaning research organization.

The declaration’s architects include Sunetra Gupta and Gabriela Gomes, two scientists who have proposed that societies may achieve herd immunity when 10 to 20 percent of their populations have been infected with the virus, a position most epidemiologists disagree with.

Last month, at the request of The New York Times, three epidemiological teams calculated the percentage of the country that is infected. What they found runs strongly counter to the theory being promoted in influential circles that the United States has either already achieved herd immunity or is close to doing so, and that the pandemic is all but over. That conclusion would imply that businesses, schools and restaurants could safely reopen, and that masks and other distancing measures could be abandoned.

“The idea that herd immunity will happen at 10 or 20 percent is just nonsense,” said Dr. Christopher J.L. Murray, director of the University of Washington’s Institute for Health Metrics and Evaluation, which produced the epidemic model frequently cited during White House news briefings as the epidemic hit hard in the spring.

The move comes amid a coronavirus outbreak at the White House that has now grown to more than 20 people, as evidence mounts that the administration did little to prevent or contain the virus’s spread.

On Tuesday night, officials with the Department of Labor said that the wife of the secretary, Eugene Scalia, tested positive for the coronavirus earlier in the day. Trish Scalia, who was said to be experiencing “mild symptoms,” and her husband were at a Rose Garden event honoring Judge Amy Coney Barrett that is being eyed as the source of several infections in people connected to the White House. The secretary tested negative, officials said, but he will work from home “for the time being.”