We Weren’t Meant to Grieve Alone 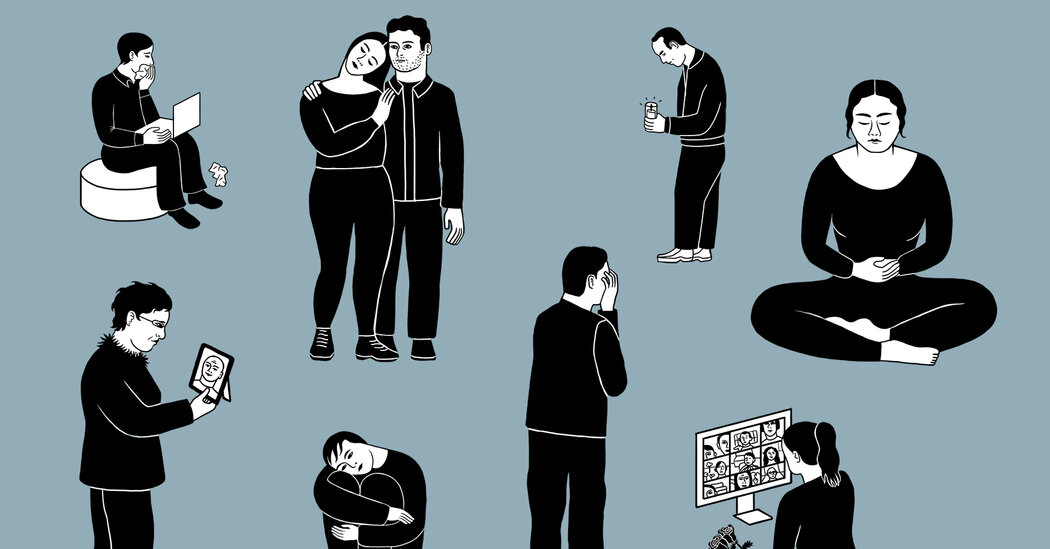 When Judy Woodruff, the anchor of the PBS “NewsHour,” pauses each Friday night to memorialize five people killed by Covid-19, she acknowledges that she uses these individuals as representatives of a much larger population. In doing so, she encourages us to entertain the unimaginable fact that more than 500,000 Americans have died from the coronavirus, leaving innumerable widowed, orphaned and heartbroken survivors.

Those who mourn people who died during the pandemic but not from it are also affected. Like many survivors, the members of my cancer support group devised a way to communicate our grief over Barbara’s death. Each of us wrote a letter to her family that we collected and gave to Barbara’s oncologist, who forwarded the packet to her sons.

A few weeks later, I confronted a more fraught death. My former husband, a very dear friend, died unexpectedly, probably from a heart attack. It was a shock to his intimates but especially to our two daughters, neither of whom lives where he did. With travel an impossibility, how could we honor his memory? How could we find solace in each other? How could we bury his remains or sort through his things or close down his apartment?

These challenges have taught me how feeble and how effective electronic solutions can be. In an attempt to join together, the girls organized a series of Zoom shivas, the weeklong condolence calls in which many Jewish mourners engage. But our online meetings felt desiccated without an influx of visitors bringing food, drinks, flowers and a steady supply of embraces, kisses, jokes and tears. Yet a month or so later, the photographs, music and storytelling at a Zoom memorial arranged by the girls did console us as well as many of their father’s far-flung relatives and friends.

Still, there is nothing virtual about death. Perhaps families like ours can gather together on future anniversaries of the death, what in Yiddish is called the yahrzeit.

If, as after other national catastrophes, public memorials are erected to commemorate the suffering inflicted by the pandemic, they will need to honor the dead as well as all the mourners bereft of their bereavement.

Daydreaming Can Be Good for You

Dressing for a Post-Covid World