Top U.S. military leaders, including the chairman of the Joint Chiefs of Staff, are quarantining after being exposed to the virus. 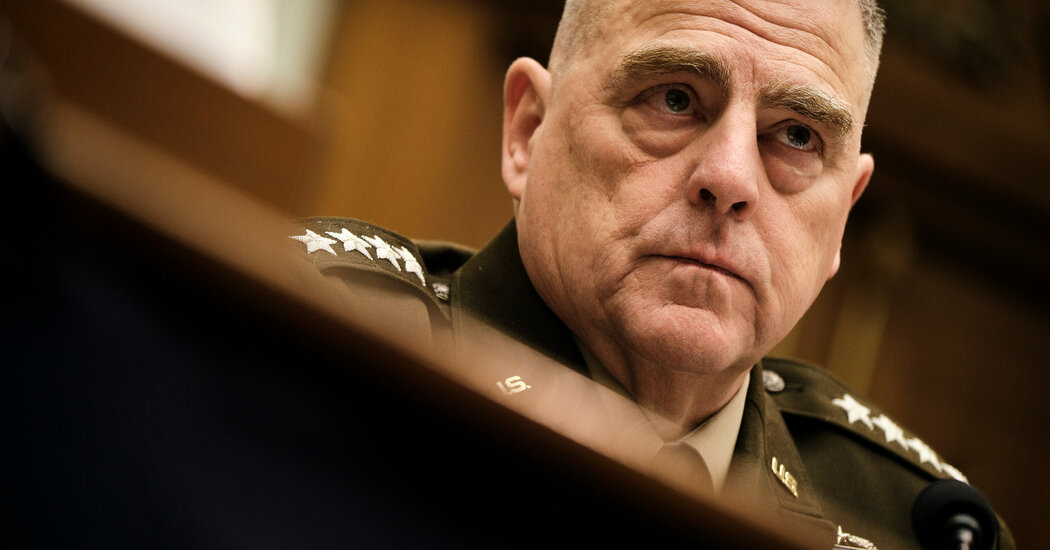 Gen. Mark A. Milley, the chairman of the Joint Chiefs of Staff, along with several of the Pentagon’s most senior uniformed leaders, are quarantining after being exposed to the coronavirus, a Defense Department official said on Tuesday.

The official said almost the entirety of the Joint Chiefs of Staff, including Gen. James C. McConville, the Army chief of staff, are quarantining after Adm. Charles Ray, the vice commandant of the Coast Guard, tested positive for coronavirus.

“We are aware that Vice Commandant Ray has tested positive for Covid-19 and that he was at the Pentagon last week for meetings with other senior military leaders,” Jonathan Hoffman, the Pentagon spokesman, said in a statement released by his office.

“Out of an abundance of caution, all potential close contacts from these meetings are self-quarantining and have been tested this morning,” he added. “No Pentagon contacts have exhibited symptoms and we have no additional positive tests to report at this time.”

The announcement represents an alarming development — as the virus extends its reach from the highest levels of civilian government to the operational heart of the country’s national security apparatus.

A military official noted that General Milley and the other senior officers have full operational capability from where they are working — most at home — and said there is no degradation to the country’s national defense.

Admiral Ray was in the Pentagon last week, attending meetings in the secure “Tank” with General Milley and the senior Pentagon uniformed leadership. Defense Department officials said the decision to quarantine complied with Defense Department guidelines established by the Centers for Disease Control.

General Milley and a number of senior Defense Department officials have also been getting tested frequently since Sept. 27, when many of the Pentagon’s senior leadership attended a White House reception for “Gold Star” families of fallen troops.

Both Mr. Trump and Melania Trump, the first lady, were at that event. Admiral Ray also was at the White House Gold Star gathering, a Defense Department official said.

On Tuesday, Defense Department officials said General Milley and the other leaders have, so far, tested negative for the virus.

The reaction at the Pentagon to the possible exposure of senior military leaders to coronavirus stands in contrast to the White House, where Mr. Trump has flouted the same guidelines established by the C.D.C. that the Pentagon is following.

General Milley, 62, was appointed to his post as the most senior member of the military on December 8, 2018, by Mr. Trump.