Some Republicans express mild concern over Trump’s refusal to condemn white supremacists. Others defend him. 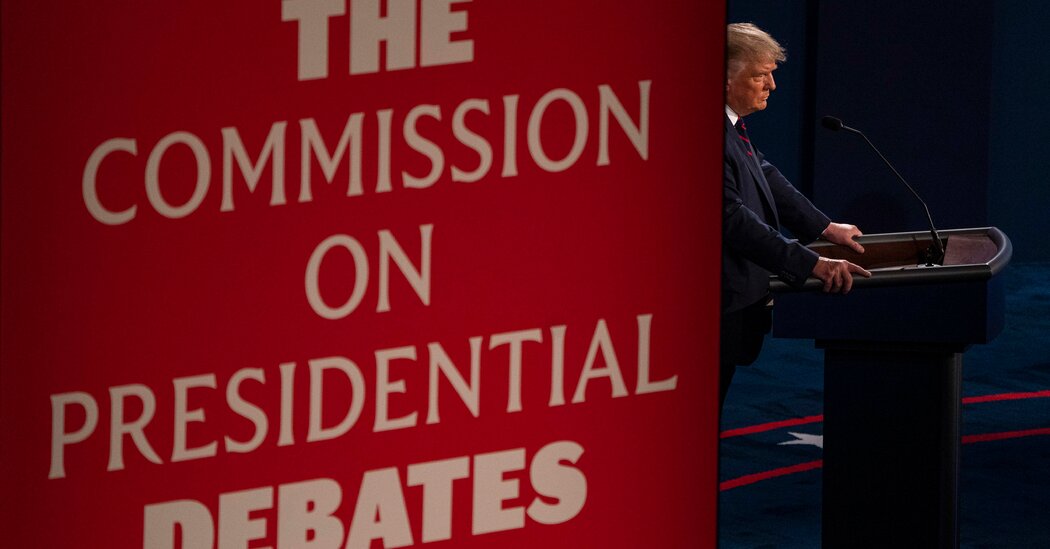 President Trump’s refusal to explicitly condemn white supremacy and right-wing extremist groups during the first presidential debate drew muted concern from some Republicans on Capitol Hill, as the highest-ranking Republican in the House sought to defend his remarks.

Senator Tim Scott of South Carolina, the lone Black Republican in the Senate, said he believed Mr. Trump had misspoken and that the president should clarify his remarks.

“I think he misspoke, I think he should correct it,” Mr. Scott told reporters. “If he doesn’t correct it, I guess he didn’t misspeak.”

Senator Mike Rounds of South Dakota sought to equate right-wing extremists with groups on the left, even though the F.B.I. and the Homeland Security Department have singled out white supremacists as the primary domestic terrorism threat.

Mr. Trump “should have made it very clear that there’s no room for people on the far left or the far more far right when it comes to antifa or these white supremacist groups,” Mr. Rounds said. “I was hoping for more clarity.”

Representative Kevin McCarthy of California, the House minority leader, defended Mr. Trump’s answer, arguing that the president “has been very clear that he’s against anybody for committing violence in the streets” and pointing to a recent pledge by the president to classify both the Ku Klux Klan and antifa as terrorist organizations.

Pressed by reporters, Mr. McCarthy chafed at the suggestion that Mr. Trump should have explicitly denounced specific right-wing extremist groups.

“How many times does he have to say it, if the question is, ‘Would you denounce it’ and the answer is yes?” Mr. McCarthy said. “He did that.”

When Chris Wallace, the debate moderator, asked Mr. Trump Tuesday whether he would condemn white supremacy and distance himself from extremist groups, Mr. Trump replied, “Sure.” But when Mr. Biden mentioned the Proud Boys, a far-right group, Mr. Trump refused to condemn them and instead suggested they “stand back and stand by.”

Senator Todd Young, Republican of Indiana, lamented on Wednesday that “we didn’t get great clarity from the debate last night about the differences in vision of the future of this country, and I did think that that was unfortunate.”

He would not address Mr. Trump’s remarks specifically, but made a point of personally condemning white supremacy. “I think that all of these groups are equal, and I condemn them on the strongest terms and we need to remain one nation under God.”

On the other side of the Capitol, Speaker Nancy Pelosi issued a sharp rebuke of the comments on MSNBC’s “Morning Joe,” calling the moment the capstone of “really a sad night for our country” and accusing Mr. Trump of “intimidating” voters.

Ms. Pelosi also expressed concern that Mr. Trump would “cause chaos” by questioning the election results, after the president said during the debate Tuesday night that he was “counting” on a conservative Supreme Court to determine the victor.