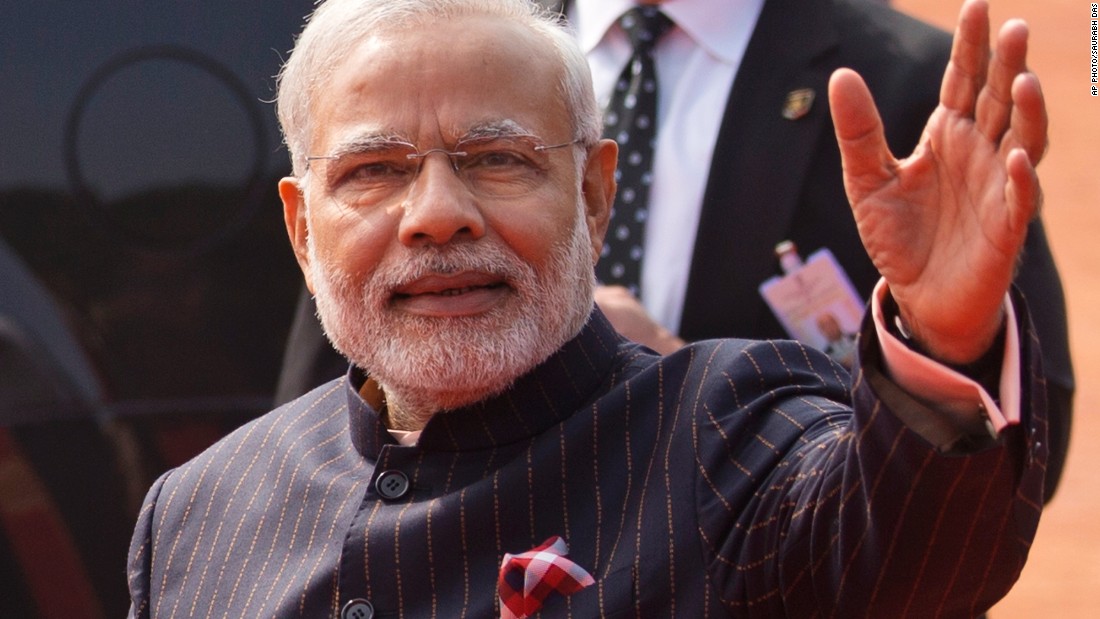 Here is a look at the life of Narendra Modi, prime minister of India.

Left home in his late teens to travel India, stay in ashrams and wander the Himalayas.

June 1975 – Prime Minister Indira Gandhi imposes a period of emergency as she faces a political crisis. Civil liberties are restricted, media is censored, and protesters are arrested. Modi becomes involved in the movement to restore those rights.

1987 – Enters mainstream politics and joins the Bharatiya Janata Party (BJP) as organization secretary of the Gujarat unit in western India.

October 3, 1995 – Becomes the national secretary of the BJP.

January 5, 1998 – Is promoted to become the national general secretary of BJP.

February 2002 – At least 58 people die in a fire on board a train carrying Hindu pilgrims. The train had stopped briefly at a station in Gujarat where the local population was majority-Muslim. The Gujarat Government would later find that the fire was intentionally set, part of a pre-planned attack, and that those responsible were Muslim. Riots erupt in the days following the fire and Modi is accused of condoning the violent protests that kill approximately 1,000 people, mostly Muslims.

2005 – The United States declines to issue a diplomatic visa to Modi for his suspected role in the 2002 riots.

June 2013 – Modi is chosen as the BJP leader and campaigns for the 2014 general elections.

May 20, 2014 – The BJP wins the general election and Modi is appointed prime minister.

September 27-30, 2014 – Modi makes his first visit to the United States as prime minister and meets with President Barack Obama.

January 25-27, 2015 – Obama becomes the first sitting US president to visit India twice. During the three-day visit, Obama and Modi negotiate a civil nuclear deal, a ten-year defense cooperation agreement between the two countries.

December 25, 2015 – Modi visits Pakistan and meets with Prime Minister Nawaz Sharif. It is the first time an Indian prime minister has visited Pakistan in almost 12 years.

June 8, 2016 – Addressing a joint session of the US Congress, Modi speaks about the continuing growth of US-India relations.

June 26, 2017 – Meets with US President Donald Trump for the first time at the White House.

July 4, 2017 – Becomes the first Indian Prime Minister to visit Israel, arriving in Tel Aviv as part of a three-day visit to mark 25 years of diplomatic relations between India and Israel.

August 15, 2018 – During his Independence Day speech to the nation, Modi announces India will launch its first manned mission to space by 2022.

August 5, 2019 – Tensions between India and Pakistan increase after Modi announces that India will revoke a constitutional provision giving the state of Jammu and Kashmir autonomy to set its own laws. In the wake of the announcement, widespread communications blackouts are reported in the Muslim-majority region.

August 8, 2019 – Modi delivers a televised address in which he claims that revoking Kashmir’s autonomous status will promote stability, reduce corruption and boost the economy. Pakistan’s foreign minister says the country will remain vigilant, but no military options are being considered. The United Nations issues a statement calling on both countries to resolve the issue peacefully while respecting human rights in the region.

December 11, 2019 – Parliament passes a controversial bill that will fast-track citizenship for religious minorities including Hindus, Sikhs, Buddhists, Jains, Parsis and Christians, from Afghanistan, Bangladesh and Pakistan. Opposition parties say the bill is unconstitutional as it bases citizenship on a person’s religion and would further marginalize India’s Muslim community. Modi expresses his support for the measure via Twitter, saying, “This Bill will alleviate the suffering of many who faced persecution for years.”

December 19, 2019 – Deadly protests erupt in at least 15 cities against the citizenship law, despite bans on public gatherings in several areas. At least three people have died amid the violence, as thousands participated in demonstrations.

December 22, 2019 – Modi delivers a speech railing against the protests. “You have seen how these people are pushing their own interests,” he says. “The statements given, the false videos, inciting, people sitting at a high level have committed the crime of spreading confusion and fire by putting it on social media.”

September 3, 2020 – Modi’s Twitter account appeared to have been hacked, prompting an investigation by the social media company. The account, which has 2.5 million followers, is one of a handful of verified accounts connected to the prime minister. The apparent hack comes more than a month after a massive hack that resulted in some of the most prominent accounts on the platform — including those tied to Barack Obama, Joe Biden and Elon Musk — being compromised.