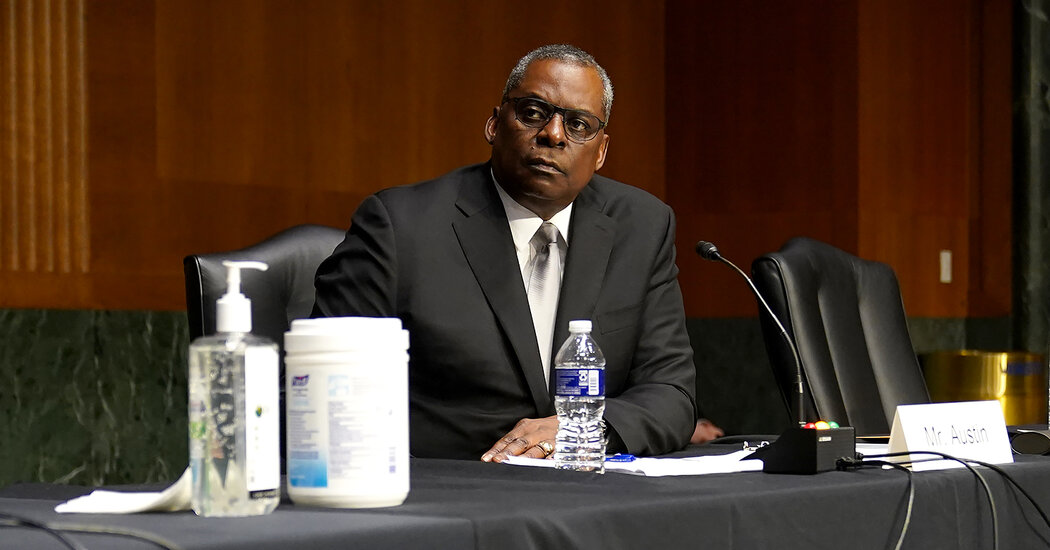 The 93-2 vote came a day after Congress granted General Austin, a retired four-star Army general, a special waiver to hold the post, which is required for any defense secretary who has been out of active-duty military service for fewer than seven years. It reflected a bipartisan consensus on Capitol Hill that it was urgent for Mr. Biden to have his defense pick rapidly installed, a step normally taken on a new president’s first day.

“It’s an extraordinary, historic moment,” said Senator Jack Reed, Democrat of Rhode Island and the chairman of the Armed Services Committee. “A significant portion of our armed forces today are African-Americans or Latinos, and now they can see themselves at the very top of the Department of Defense, which makes real the notion of opportunity.”

Mr. Austin, 67, is the only African-American to have led U.S. Central Command, the military’s marquee combat command, with responsibility for Iraq, Afghanistan, Yemen and Syria. He retired in 2016 after 41 years in the military, and is widely respected across the Army.

Lawmakers in both parties initially had been uneasy at the prospect of granting General Austin an exception to the statutory bar against recently retired military personnel serving as Pentagon chiefs, a law intended to maintain civilian control of the military. They had already done so four years ago for President Donald J. Trump’s first defense secretary, Jim Mattis, a retired four-star Marine officer, and many had vowed not to do so again.

But facing intense pressure from officials from Mr. Biden’s transition team and top Democrats, and after receiving assurances from General Austin that he was committed to the principle of civilian control, lawmakers rallied behind a barrier-shattering nominee. Two Republicans, Senators Josh Hawley of Missouri and Mike Lee of Utah, voted against the confirmation.

Even though 43 percent of the 1.3 million men and women on active duty in the United States are people of color, the leaders at the top of the military’s chain of command have remained remarkably white and male. When President Barack Obama selected General Austin to lead the United States Central Command, he became one of the highest-ranked Black men in the military, second only to Colin L. Powell, who had been chairman of the Joint Chiefs of Staff.

Mr. Austin will be the first Black Pentagon chief since the position was created in 1947 — just nine months before President Harry S. Truman ordered the desegregation of the armed forces, Representative Anthony Brown, Democrat of Maryland and a Black retired colonel in the Army Reserve, noted.

“Secretary Austin’s confirmation is a historic first and symbolizes the culmination of the nearly 75-year march toward genuine integration of the department,” Mr. Brown said. “He is well positioned to draw upon his experiences as a seasoned military commander, respected leader and as a Black man who grew up amid segregation to drive progress forward as our next Secretary of Defense.”