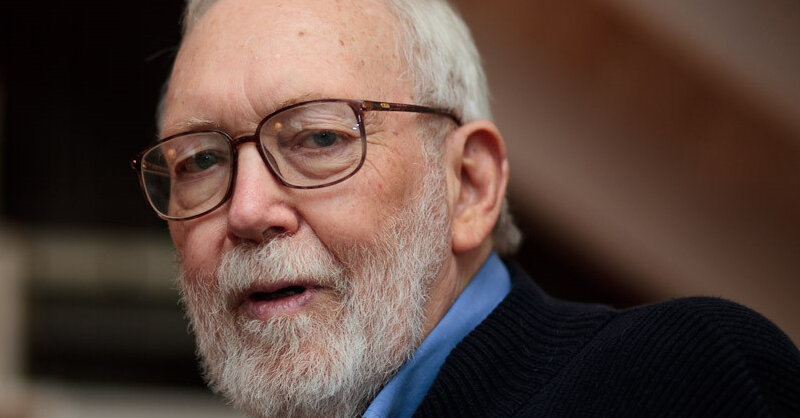 Though he looked like a quiet, scholarly farmer, with a short beard and suspenders, and often let the more charismatic Mr. de Man define the course of the rapidly coalescing Yale School, Professor Miller quickly established himself as a force on campus.

“By the end of my first year, I was already hearing talk from friends in English about how Hillis was directing 14 doctoral dissertations on the Victorian novel,” Andrzej Warminski, who came to Yale as a comparative literature graduate student in 1972, said in an interview.

Professor Miller was particularly effective at communicating with other literary scholars, who were skeptical of deconstruction’s radical premise. If texts have no inherent meaning, they wondered, what were they all doing in the first place?

At the 1976 conference of the Modern Language Association in New York, Professor Miller responded to incipient criticism with a landmark paper, “The Critic as Host,” in which he laid out the precepts of deconstruction in terms that made it sound not only easy but even fun.

The fact that words and texts lacked objective outside meaning, he said, did not make them a dreary “prison-house of language.” Rather, it made literature a “place of joy,” where critics were free to experience all the possibilities of meaning.

Deconstruction dominated American literary studies for the next decade, and in 1986, as president of the M.L.A., Professor Miller delivered a keynote speech at its conference declaring “The Triumph of Theory.”

Still, he was feeling embattled at Yale. Mr. de Man had died in 1983, and Professor Miller had to beg the university to renew Mr. Derrida’s contract every year. One day he got an offer from the University of California, Irvine, inviting him to construct a world-class humanities program.

Wild Horses Adopted Under a Federal Program Are Going to Slaughter