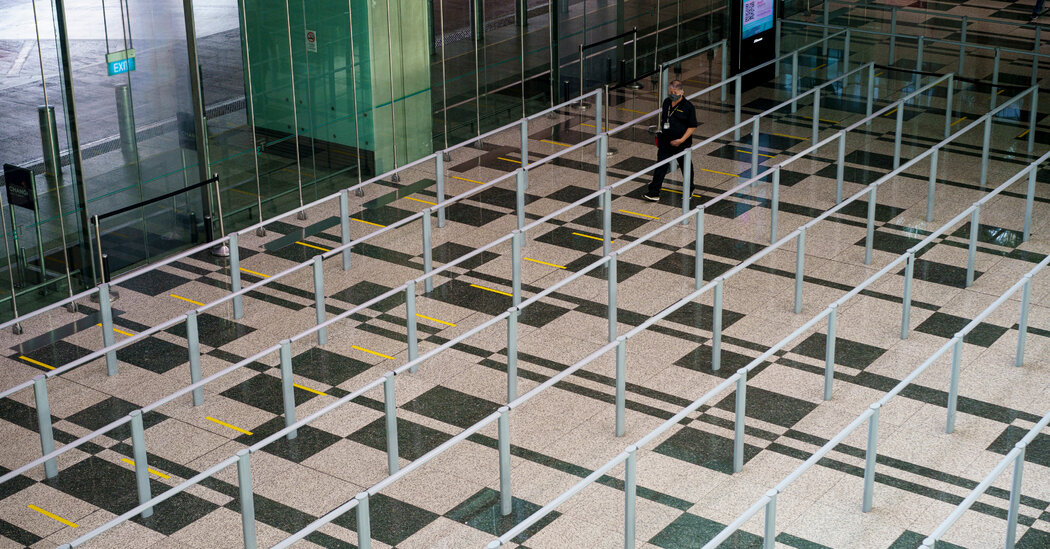 The governments of Hong Kong and Singapore have temporarily scrapped a plan for a travel bubble, as Hong Kong grapples with a spike in coronavirus infections. The delay underscores the challenges of reopening international travel routes as efforts to control the virus remain unstable across the world.

The arrangement between the two Asian financial centers, which would allow travelers to bypass quarantine, was set to begin on Sunday. But Edward Yau, Hong Kong’s secretary of commerce, said on Saturday that the two cities were pushing back the plan for two weeks because of a “recent upsurge in local cases” in Hong Kong.

“For any scheme to be successful, it must fulfill the condition of securing public health and also making sure that both sides would be comfortable and feel safe about the scheme,” Mr. Yau said, describing the delay as a “responsible” decision. Further announcements about the plan will be made by early December, he added.

The travel bubble between Hong Kong and Singapore would have allowed one designated daily flight into each city, carrying up to 200 passengers who tested negative for the virus.

After a period of relatively few infections, Hong Kong recorded 43 new cases and was verifying more possible ones on Saturday, the city’s health authorities said, up from 26 new cases on Friday. Singapore on Saturday recorded five infections, and said that all of them had been brought in from abroad.

In other news from around the world:

Around the World at Home Series Lets Readers Explore Cultures

After Trump, Biden Faces Pressure to Stand Up to China by Embracing Taiwan

Around the World at Home Series Lets Readers Explore Cultures

Giving Thanks for My Imperiled Nurse

Holiday Gifts for Health and Wellness