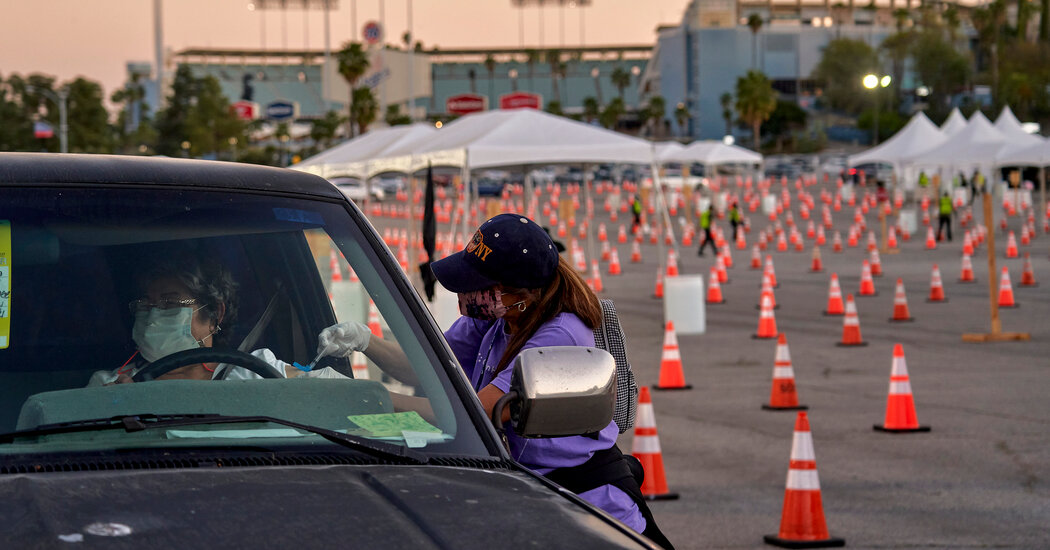 While coronavirus deaths tend to fluctuate more than cases and hospital admissions, Dr. Walensky said the most recent seven-day average was slightly higher than the average earlier in the week. The seven-day average of newly reported deaths was 2,165, as of Thursday.

“We at C.D.C. consider this a very concerning shift in the trajectory,” she said, adding, “I want to be clear: Cases, hospital admissions and deaths — all remain very high and the recent shift in the pandemic must be taken extremely seriously.”

Dr. Walensky said some of the rise may be attributable to new variants of the coronavirus that spread more efficiently and quickly. The so-called B.1.1.7 variant, which first emerged in Britain, now accounts for approximately 10 percent of all cases in the United States, up from 1 percent to 4 percent a few weeks ago, she said.

The United States’ ability to track variants is much less robust than Britain’s. Even so, data gathered by the C.D.C. shows the number of cases with the variant in the country has risen from 76 in 12 states as of Jan. 13 to more than 2,100 in 45 states as of Thursday. But the actual infections may be much higher because of inadequate surveillance efforts.

“I know people are tired; they want to get back to life, to normal,” Dr. Walensky said. “But we’re not there yet.”

Dr. Walensky’s strong and vocal warnings made clear that in the Biden administration, unlike the Trump administration, the C.D.C. director was being given a powerful voice. Under President Donald J. Trump, the agency was all but silenced after one of its top officials, Dr. Nancy Messonnier, told reporters almost exactly a year ago that the coronavirus would cause severe disruptions to American life.

At the same time, administration officials tried to spotlight their efforts to guide the nation out of the pandemic, including ramping up the national coronavirus vaccination campaign, acquiring new therapeutics and drawing the private sector into the fight.