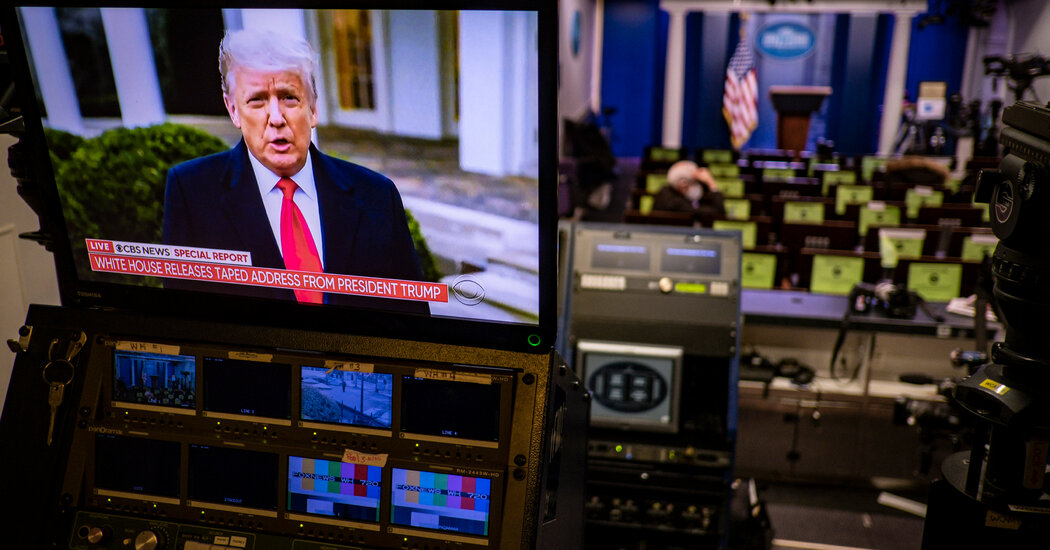 After a mob of President Trump’s supporters stormed Capitol Hill, egged on by his rejection of the 2020 election results, a small but growing chorus of civic and business leaders and lawmakers released statements calling for his removal from power.

Some suggested that Vice President Mike Pence should invoke the 25th Amendment, which provides procedures that can be used to replace a sitting president who is no longer capable of fulfilling his duties.

“Vice President Pence, who was evacuated from the Capitol, should seriously consider working with the Cabinet to invoke the 25th Amendment to preserve democracy,” Jay Timmons, the president and chief executive of the National Association of Manufacturers President said in a statement on Wednesday afternoon.

Mr. Timmons, whose organization formerly had a tight working relationship with Mr. Trump, added that the “outgoing president incited violence in an attempt to retain power, and any elected leader defending him is violating their oath to the Constitution and rejecting democracy in favor of anarchy.”

He was not alone in making that suggestion. Representative Charlie Crist of Florida, who is now a Democrat but was formerly a Republican, posted on Twitter that “The 25th Amendment allows for the removal of a President. It’s time to remove the President.”

Representative Ilhan Omar, Democrat of Minnesota, said on Twitter that she was drafting articles of impeachment.

“Donald J. Trump should be impeached by the House of Representatives & removed from office by the United States Senate,” she wrote. “We can’t allow him to remain in office, it’s a matter of preserving our Republic and we need to fulfill our oath.”

By Wednesday night, other calls for removal were rolling in slowly but steadily, including from the Gov. Phil Scott of Vermont, a Republican; Representative Mike Thompson, Democrat of California; Representative Earl Blumenauer, Democrat of Oregon; and other members of the House.

Concern centered on Mr. Trump’s rejection of a fair and peaceful transfer of power — he has repeatedly claimed, inaccurately, that the election was unfair or stolen — and on his failure to call off the mob as they aggressively and illegally broke into the Capitol building on Wednesday.