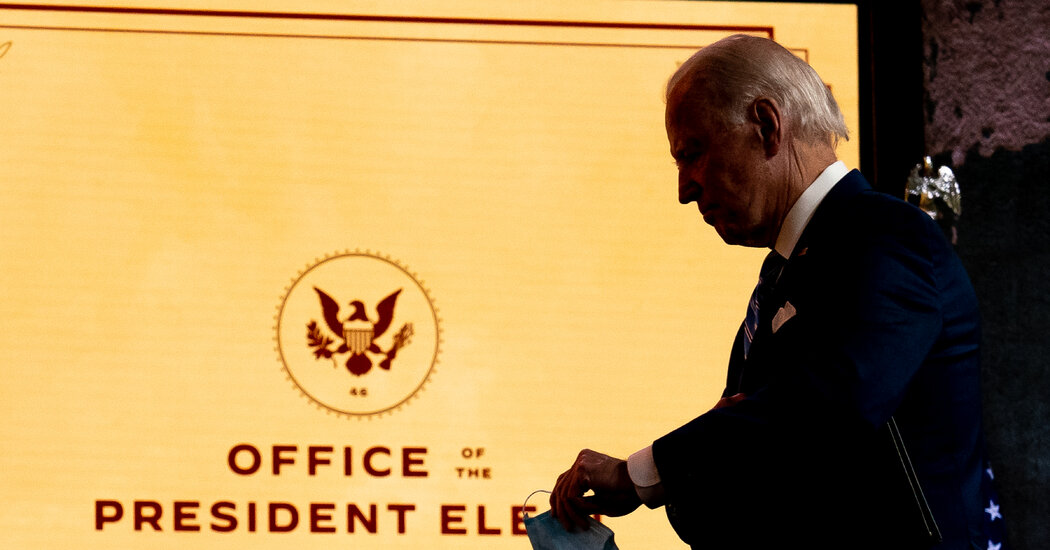 While typically intelligence briefings for presidents-elect begin soon after the election, presenting the President’s Daily Brief to Mr. Biden and Ms. Harris was delayed as the Trump administration put off beginning of the transition.

Mr. Biden received some intelligence briefings during the campaign, but they were mostly focused on foreign threats to the election. The President’s Daily Brief will give Mr. Biden and Ms. Harris a far broader look at national security threats to the United States.

Distribution of the daily brief is at the sole discretion of the president. Shortly after the General Services Administration approved the formal transition process to begin on Nov. 24, the White House approved Mr. Biden receiving the daily brief. The logistics of setting up the classified sessions put off their start until Monday, according to a Trump administration official.

The Office of the Director of National Intelligence assigns an individual briefer to every senior official who receives a version of the daily brief. That briefer shapes the presentation to the needs of the senior official, or in this case the incoming president.

Mr. Biden and Ms. Harris each received in-person briefings from an intelligence official. They will also have access to the briefing itself, a more detailed and extensive classified intelligence document, which is delivered on a secure tablet computer.

Mr. Biden will need to wait until he is in the White House to make big changes to the brief, by setting collection or analytical priorities for the intelligence agencies. Nevertheless, the transition briefings will allow the intelligence agencies to begin to get a sense of the kinds of questions Mr. Biden and Ms. Harris are asking, and what their current foreign policy focus is.

Miami Says It Can Adapt to Rising Seas. Not Everyone Is Convinced.

In Their Own Words: Why Experts Say Elementary Schools Should Open