As N.Y.C. restaurants reopen indoor dining, N.J. may offer a glimpse of the future. 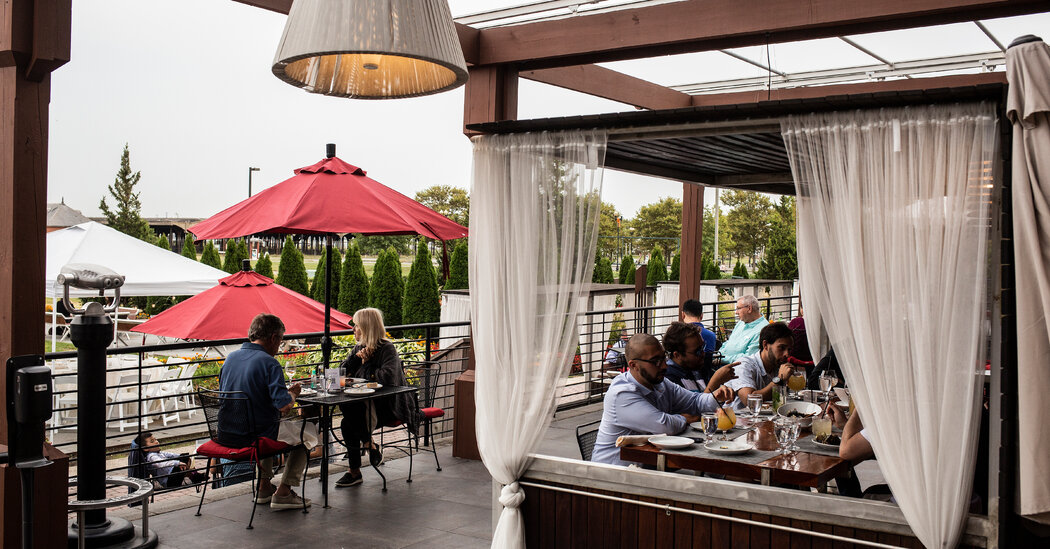 As New York City begins allowing indoor dining at 25 percent capacity on Wednesday, its neighbor across the Hudson River offers a preview of what may be in store for struggling restaurants.

Restaurants in New Jersey are three weeks ahead of New York in offering indoor dining, also at reduced capacity. But with a 25 percent cap on indoor dining, some restaurant owners said the costs and the staffing levels needed to provide a safe restaurant experience outweighed the benefits.

“We can’t cover our bills at 25 percent,” said, Jeanne Cretella, the president of Landmark Hospitality, a restaurant group. She has the Liberty House restaurant in Jersey City and Felina in suburban Ridgewood. “And we are at a point where we’re starting to get a little nervous once outside dining is no longer possible.”

During a summer of struggle, expansive outdoor seating options and takeout buoyed some restaurants that still had to cover rent and other expenses. It remains to be seen whether limited-capacity dining rooms can entice customers who are concerned about the coronavirus, or can make up for diminished outdoor dining as fall fades into winter.

The National Restaurant Association has estimated that one in six restaurants nationwide have already closed down either long-term or for good during the pandemic, and restaurant industry groups in New York and New Jersey predict more hard times ahead.

In New Jersey, where officials have said that no cases have been linked to indoor dining, pressure is mounting on Gov. Philip D. Murphy to raise occupancy limits to match those of most parts of New York, Pennsylvania and Connecticut, where dining rooms can be half-full.

Officials in New York City continued to scramble on Wednesday to quell growing clusters of the coronavirus in several neighborhoods in Brooklyn and Queens, as the seven-day average rate of positive test results citywide ticked slightly upward to 1.46 percent, from 1.38 percent reported on Tuesday.

The uptick comes as the city also tries to fully reopen its public schools for in-person learning this week.

“It’s crucial to bringing back more jobs and helping businesses to survive,” Mayor Bill de Blasio said of indoor dining on Wednesday. “But health and safety, as always, come first.”

The mayor said that he personally preferred to continue dining outdoors until the weather cools.

Shortly afterward, Gov. Andrew M. Cuomo of New York emphasized that local officials should focus on enforcing compliance with safety rules before activities such as indoor dining in New York City were scaled back, noting that closing down establishments would cause “significant economic damage.”

“We have escalating actions that we take, but do step one first: Enforce the mask compliance, issue a ticket,” he said. “And if that doesn’t work, yes, then we’re going to have to take more serious actions.”

As a Doctor, I Was Skeptical About the Covid Vaccine. Then I Reviewed the Science.