An early mutation may have made the pandemic harder to stop. 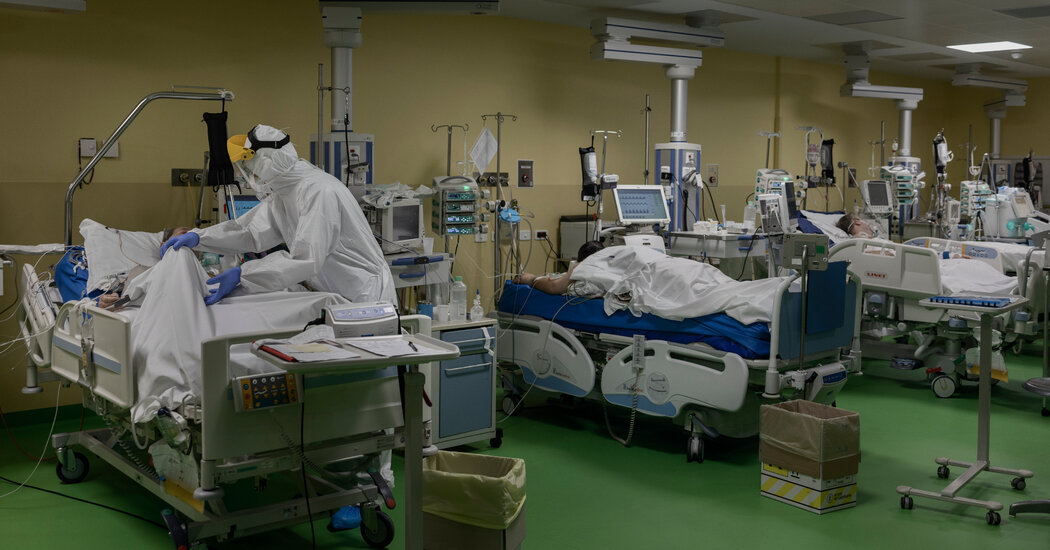 As the coronavirus swept across the world, it picked up random alterations to its genetic sequence. Like meaningless typos in a script, most of those mutations made no difference in how the virus behaved.

But one mutation near the beginning of the pandemic did make a difference, multiple new findings suggest, helping the virus spread more easily from person to person and making the pandemic harder to stop.

The mutation, known as 614G, was first spotted in eastern China in January and then spread quickly throughout Europe and New York City. Within months, the variant took over much of the world, displacing other variants.

For months, scientists have been fiercely debating why. Researchers at Los Alamos National Laboratory argued in May that the variant had probably evolved the ability to infect people more efficiently. Many were skeptical, arguing that the variant may have been simply lucky, appearing more often by chance in large epidemics, like Northern Italy’s, that seeded outbreaks elsewhere.

But a host of new research — including close genetic analysis of outbreaks and lab work with hamsters and human lung tissue — has supported the view that the mutated virus did in fact have a distinct advantage, infecting people more easily than the original variant detected in Wuhan, China.

There is no evidence that viruses with the 614G mutation cause more severe symptoms, kill more people or complicate the development of vaccines. Nor do the findings change the reality that places that quickly and aggressively enacted lockdowns and encouraged measures like social distancing and masks have fared far better than the those that did not.

But if the findings hold up, they show that the mutation early this year played a key role in why the virus has been so hard to stop, said Dr. David Engelthaler, a geneticist at the Translational Genomics Research Institute in Arizona.

“When all is said and done, it could be that this mutation is what made the pandemic,” Dr. Engelthaler said.