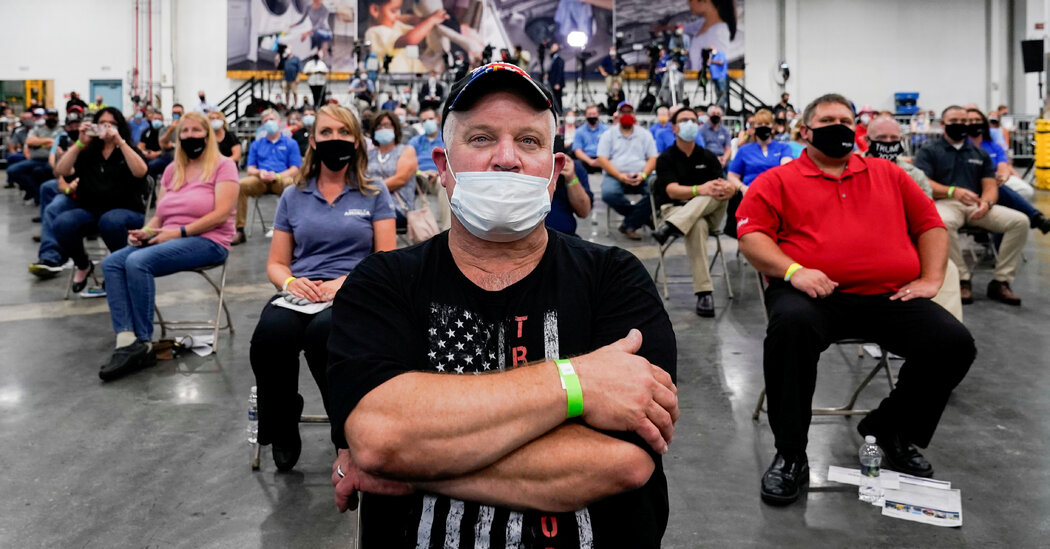 As the election returns rolled in showing President Donald J. Trump winning strong support from blue-collar voters in November while suffering historic losses in suburbs across the country, Senator Josh Hawley of Missouri, a Republican, declared on Twitter: “We are a working class party now. That’s the future.”

And with further results revealing that Mr. Trump had carried 40 percent of union households and made unexpected inroads with Latinos, other Republican leaders, including Senator Marco Rubio of Florida, trumpeted a political realignment. Republicans, they said, were accelerating their transformation into the party of Sam’s Club rather than the country club.

But since then, Republicans have offered very little to advance the economic interests of blue-collar workers. Two major opportunities for party leaders to showcase their priorities have unfolded recently without a nod to working Americans.

In Washington, as Democrats advance a nearly $2 trillion economic stimulus bill, they are facing universal opposition from congressional Republicans to the package, which is chock-full of measures to benefit struggling workers a full year into the coronavirus pandemic. The bill includes $1,400 checks to middle-income Americans and extended unemployment benefits, which are set to lapse on March 14.

And at a high-profile, high-decibel gathering of conservatives in Florida last weekend, potential 2024 presidential candidates, including Mr. Hawley and Senator Ted Cruz of Texas, scarcely mentioned a blue-collar agenda. They used their turns in the national spotlight to fan grievances about “cancel culture,” to bash the tech industry and to reinforce Mr. Trump’s false claims of a stolen election.

Inside and outside the party, critics see a familiar pattern: Republican officials, following Mr. Trump’s own example, are exploiting the cultural anger and racial resentment of a sizable segment of the white working class, but are making no concerted effort to help these Americans economically.

“This is the identity conundrum that Republicans have,” said Carlos Curbelo, a Republican former congressman from Florida, pointing to the universal opposition by House Republicans to the stimulus bill drawn up by President Biden and congressional Democrats. “This is a package that Donald Trump would have very likely supported as president.”

“Here is the question for the Rubios and the Hawleys and the Cruzes and anyone else who wants to capitalize on this potential new Republican coalition,” Mr. Curbelo added. “Eventually, if you don’t take action to improve people’s quality of life, they will abandon you.”