A major study in India offers insights into on how the spread of the virus differs by age and gender. 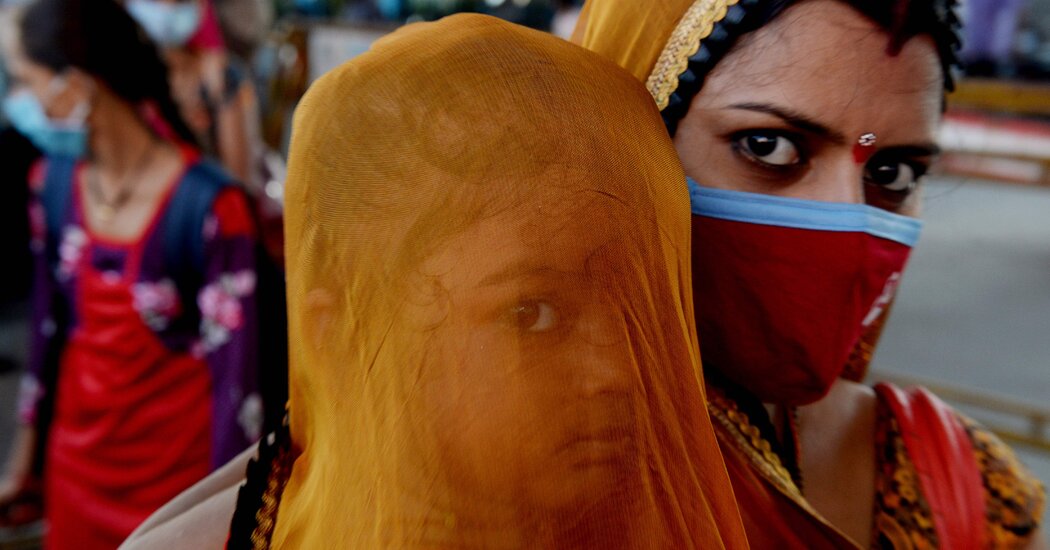 An ambitious new study of nearly 85,000 coronavirus cases in India and nearly 600,000 of their contacts, published Wednesday in the journal Science, offers important insights not just for India, but for other low- and middle-income countries.

India now has more than six million cases, second only to the United States.

Among the findings of the study: The median hospital stay before death from Covid-19, the illness caused by the coronavirus, was five days in India, compared with two weeks in the United States, possibly because of limited access to quality care. And the trend in increasing deaths with age seemed to drop off after age 65 — perhaps because Indians who live past that age tend to be relatively wealthy and have access to good health care.

The contact tracing study also found that children of all ages can become infected with the coronavirus and spread it to others — offering compelling evidence on one of the most divisive questions about the virus.

“The claims that children have no role in the infection process are certainly not correct,” said Dr. Joseph Lewnard, an epidemiologist at the University of California, Berkeley, who led the study. “There’s, granted, not an enormous number of kids in the contact tracing data, but those who are in it are certainly transmitting.”

And the report confirmed, as other studies have, that a small number of people are responsible for seeding a vast majority of new infections.

Though its overall total of cases is huge, the per capita number of cases reported daily in India — and in many other low-income countries, including in Africa — is lower than in Spain, France or even the United States. And its number of deaths has not yet topped 100,000 — which has surprised some scientists.

The study focused on two southern Indian states, Andhra Pradesh and Tamil Nadu, which together have a population of about 128 million, and represent two of the five Indian states with the most cases. They also have among the most sophisticated health care systems in the country.

Contact tracers reached more than three million contacts of the 435,539 cases in these two states, although this still did not represent the full set of contacts. The researchers analyzed data for the 575,071 contacts for whom test information was available.

‘Guernica’ Tapestry Is Taken Back From U.N. by a Rockefeller